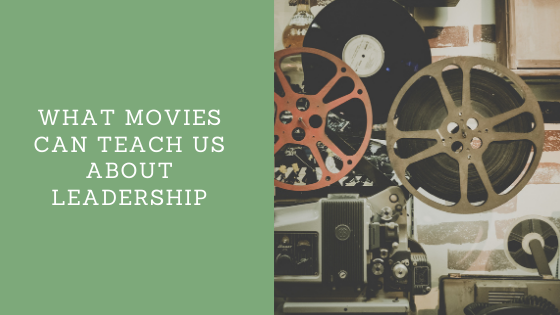 7 Movies that make you a better Leader

Watching movies is a great way to unwind, relax and be entertained. Sometimes, however, movies can provide us learning opportunities, particularly in the area of leadership and management.  Movies not only entertain us but they can also inspire us to give our best to everything in life! An inspiring story can even motivate one to get through difficult times.

Here are seven movies that can teach you important leadership lessons:

Although several exist (see Armageddon, Darkest Hour and Thirteen Days), few movies depict crisis leadership as effectively as Apollo 13, Ron Howard’s gripping account of the aborted real-life NASA mission. While the workplace in question may be thousands of miles above the surface of the earth – and the crisis more pressing than most – it emphasises the need for leaders to work together to find a positive resolution to a difficult problem.

The film has particular value for larger businesses, where collaboration between individual departments can be vital for wider success and, like several other films on this list, extols the idea that there is more than one way to lead successfully. In Apollo 13, this refers to the relationship between Tom Hanks’ Jim Lovell, the onboard astronaut (literally) putting out fires, and Ed Harris’ NASA flight administrator, Gene Kranz, orchestrating the recovery operation from Houston. Throughout, each character leads their individual team effectively, but it is the openness and the democracy of their collaboration that ultimately saves the day.

Bold, spectacular and big-budget, Ridley Scott’s Roman epic ticks all the conventional boxes of a Hollywood blockbuster. Yet amidst the action and the intrigue, there are also dozens of leadership lessons on offer, too, not least from Russell Crowe’s titular general-turned-slave.

Commanding absolute loyalty from his men, Crowe’s Maximus knows the name of every one of his subordinates, communicates his strategies clearly to them, and, quite literally, ensures their success by leading from the front. Yet even when stripped of his command and abandoned to slavery, his charisma and organisational skills draw out his natural inclination to lead, both within the gladiatorial arena and the political storm unfurling around him.

In Joaquin Phoenix’s troubled Emperor Commodus, there are illustrations of mistakes to avoid, too: namely, that ruling through fear has severe limitations, and that no matter how good your intentions, surrounding yourself with the right people is vital. It can be easy to dismiss Gladiator as a swords-and-sandal revenge fantasy, but at its heart, Scott’s film is – like his underrated 2005 follow-up, Kingdom of Heaven – an illustration of what it means to possess responsibility, for better or for worse.

It is an epic musical sports film set in the early 1890s, during the late Victorian period of India’s colonial British Raj. The story revolves around a small village in Gujarat whose inhabitants are unable to pay the high taxes and are challenged by an arrogant British officer to a game of cricket. The villagers would be absolved from paying all taxes, if they manage to win a game, against the British. The movie documents how the villagers, under the leadership of Bhuvan, learn the nuances of the game that is alien to them and with great determination and teamwork, finally win the game against the British to change their village’s destiny.

A movie was based on the real life story of an Indian hockey player Mir Ranjan Negi, who faced allegations of letting down his country in a match against Pakistan. The film follows the journey of the Indian national women’s hockey team from being a ragtag group of players from diverse backgrounds to their win at the Manchester Commonwealth games, after being trained by Kabir Khan, who played Negi’s character.

What I love about this true story is how Brad Pitt’s character defies the norm and just does it his way. Building a baseball team through statistical analysis and probabilities (thanks to the young economist he hires) and turning the downtrodden franchise into a winner was sheer genius! A perfect example of why archaic processes should give way to good business practices.

Seeking inspiration from unethical practices and leaders is probably the fastest way to land yourself in trouble. However, the story of Jordan Belfort is more than that. A charismatic leader can move mountains and lead teams through any challenge. We just have to be cautious about which leader we choose to work with.

This is another brilliantly made biographical sports film  based on the life of former Test, ODI and T20I captain of the Indian national cricket team, Mahendra Singh Dhoni. The movie shows the inspiring portrayal of Dhoni’s initial days as the wicket-keeper of his school’s cricket team and how he is encouraged to improve his batting skills by the cricket coach. There is also the portrayal of his struggle during the days he works as a ticket collector in the Railways, while trying to wedge- in time for cricket practice. Realizing his passion in life to be only cricket, he quits his job and trains hard for professional cricket. Leading and developing his team of men, he achieves fame by winning the T-20 World Cup match in the climax of the movie.