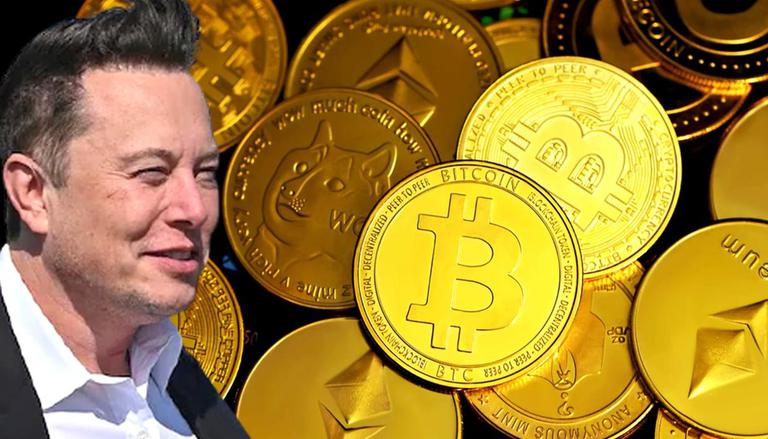 Elon Musk Reveals Who He Thinks The Mysterious Satoshi Nakamoto Is

Elon Musk seems to agree with many that the hypersecretive cryptocurrency expert Nick Szabo might be Satoshi Nakamoto, the mysterious creator of the digital currency bitcoin.

Even with its monumental hype in the last few years, no one knows who the creator of Bitcoin is. The only thing synonymous with the title is the name Satoshi Nakamoto. Just as we would take a guess on who this mysterious character might be, Elon Musk has done the same and come up with the name Nick Szabo as the answer.

Nick Szabo or Nicholas Szabo is a computer scientist known for his work with digital currencies and smart contracts. In 1998, Szabo came up with the concept of Bit gold, a decentralized digital currency that is very much treated as the predecessor to Bitcoin. Due to this, Szabo is often deemed as the possible creator of Bitcoin in many theories that float online.

Elon Musk now seems to agree with this notion. In a recent podcast with artificial-intelligence researcher Lex Fridman, the Tesla CEO shared that the way to find Satoshi Nakamoto’s identity is to “look at the evolution of ideas” before the launch of bitcoin. Musk suggested that we can see “who wrote about those ideas” and take an educated guess.

He cleared that he “obviously” didn’t know who the real creator of bitcoin is. However, he also noted that Nick Szabo’s theories have largely been responsible for the evolution of the concept of Bitcoin. Musk said that he is not sure if Szabo is or is not Nakamoto, but the guy certainly “seems to be the one more responsible for the ideas behind bitcoin than anyone else.”

Note that Szabo has publicly, and repeatedly denied any links to being the mysterious creator of the world’s most hyped use of blockchain technology right now. That, however, has not stopped theorists to link his name with the digital currency. There are, of course, substantial reasons for that.

Szabo’s Bit Gold project is one. The other reason is the similarities found between the bitcoin whitepaper by Satoshi Nakamoto and the writing of Szabo. From among 10 other possible candidates, a 2014 research found an almost perfect match between Nakamoto and Szabo’s writings, while none of the others was found to be close.

Of course, even if Szabo is the face to the name Satoshi Nakamoto, we may not get to know the truth until he reveals it. Musk is not bothered to be kept in the dark though. After making the speculation on the possible creator of Bitcoin, he said in the podcast – “What is a name anyway? It’s a name attached to an idea. What does it even mean, really?”

Backing his thought, he quoted William Shakespeare to say: “A rose by any other name would smell as sweet.”

Furthermore, one of the similarities is that the white paper was drafted using Latex, an open-source document platform. Szabo uses Latex for his public publications as well. A significant number of phrases in the Bitcoin white paper are present in Szabo’s writings as well.

It is to note that Musk weighed in on the mystery of Bitcoin’s creator Satoshi Nakamoto and argued that the true identity of the person is not as important as the evolution of ideas that led to the cryptocurrency. According to Tesla CEO, crypto pioneer, Nick Szabo is driving the evolution of cryptocurrencies.

Further, Musk told Fridman, “Perhaps singular figures aren’t even as important as the figures involved in the evolution of ideas that led to things…It’s sad to think about history but maybe most names will be forgotten. What is the name anyway, it’s a name, a name attached to an idea. What does it even mean?”

Nick Szabo is known as the inventor of one of Bitcoin’s predecessors, ‘Bit Gold’ and digital smart contracts, which eventually became the crucial part of the ethereum blockchain. Szabo has also denied that he is Satoshi Nakamoto and told financial author Dominic Frisby in 2014, “I’m afraid you got it wrong doxing me as Satoshi, but I’m used to it.”

While cryptocurrencies have majorly bagged the attention of the entire world, Satoshi Nakamoto’s disappearance triggered a series of speculation shortly after Bitcoin was launched. Nakamoto’s anonymity sparked a wider cryptocurrency gold rush that led to the creation of thousands of different coins. But, the mystery around the person’s identity has contributed to Bitcoin becoming an independent decentralised technology.