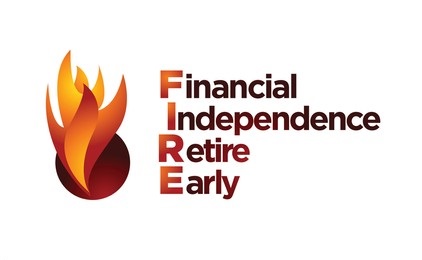 The Financial Independence, Retire Early movement, or FIRE, is a group of people trying to gain financial independence by amassing enough wealth and cutting their expenses so that they can retire extremely early. Many FIRE proponents are looking to retire in their 30s or 40s.

Shockingly, 67% retirees work to earn bread and butter and other stat depicts every 7 out of 10 adults are dependent on their children after retirement. Time for millennials to seriously ponder upon it.

Health and social securities are well-known to us for Indian market Pandemic and Global warming has shown us the possibilities of uncertainties in one’s life. At the same time, advances in medical science have proven to be impactful in increasing life expectancy. Just imagine, spending a good odd 20-30 years without a stable source of income or a retirement corpus to rely upon! Three general scenarios for retirement:

What is the FIRE Movement?

The FIRE movement is made up of mostly ordinary individuals some of whom produce FIRE content via podcasts and blogs, and many who don’t who have rallied around the principles of financial independence. Some are incredibly aggressive savers, some are remarkable investors, and some are insanely high earners. But all want to reduce the dependence they have on their respective employers and at least have the option to live life on their own terms.

When it comes to FIRE, you most certainly can have the “FI” piece without the “RE.” This serves as a point of caution: Many FIRE movement adherents recommend retiring “to” a career or lifestyle you enjoy as opposed to retiring “from” a workplace you hate.

Being a 35-year-old retiree with nothing but time ahead can seem like a daunting proposition on its own. It’s perfectly reasonable and abundantly common to achieve financial independence but continue to work in some capacity.

The FIRE movement centers on taking control of your finances, and proponents focus less on increasing their earnings than on spending less. FIRE participants focus on two areas, which are really two sides of the same coin:

By saving and investing their money, participants grow an amount of money that can generate enough income to sustain their lifestyles. They use detailed spreadsheets and financial plans to model out how they’ll be able to meet their needs based on their income and the rate of return they can expect from their savings and investments in stocks or stock funds.

To meet their goals, FIRE participants must take on extra risk by investing in stocks, and that means understanding how the stock market works and having a brokerage account. They won’t be able to rely on the low returns and absolute safety of a bank account to amass their fortune.

And by spending less, they reduce the level of savings they need in order to retire early. While some FIRE critics say that FIRE participants live a too-frugal lifestyle to reach their goal, many proponents say that they’re not making extraordinary sacrifices. In fact, they say by spending on what they really love that they actually derive more enjoyment from those things. Plus, they enjoy moving toward independence, when they can do what they truly love.

But however they approach it, FIRE participants see the lifestyle as a way to spend their time doing what they really want to do rather than what society tells them they should want.

Check out our new FIRE calculator

The benefits of FIRE come mostly from the financial independence component, though retiring early can be a nice benefit as well.

When you become financially independent, you no longer need a bi-weekly paycheck to survive. That is because you have amassed enough wealth that your investments can cover all your expenses.

2. Choose a job that aligns with your values

Different people define FIRE in different ways. Some say you “have” to stop working completely, while others include the option to work a job you care about instead of simply exchanging your time for a paycheck.

For instance, there may be a non-profit working to address an issue that is important to you. A job with the non-profit may pay less than your current job, but once you reach financial independence, you can “retire” from your current job. Thus, the idea is to have more options and be able to do something especially meaningful to you.

They say that time is money, but for FIRE proponents, there is nothing more valuable than time. No, not even money. And once you reach FIRE, you will no longer be obligated to exchange your time for money. Instead, you can spend time doing things you really enjoy.

That could be spending more time with family, volunteering, traveling, or whatever you are passionate about. Notice how these activities usually don’t pay, and yet, most of us would consider them priceless.

Start early to grow better with power of compounding. There are ways to generate Passive Income and Retirement Corpus but right proportion of exposure to the correct asset class plays a vital role. Time to reconsider our conventional modes of investments- FDs, Gold, PPFs etc. due to inflation and reduced % returns.

FDs and PPFs were suitable instruments to invest all your money for a hefty return of 10-12% pa. Rate of return are declining YoY and are near 5-7% and are going to decrease further. Also, share market might be the most lucrative option as of now but can’t be trusted with all of the investment. As a single crash can whipout your capital. So, never invest in only one asset class. Diversify your portfolio as per your risk apetite and years to retirement. As a simple thumb rule you can consider ‘Rule of 4’. Invest at-least 4% of your income for your retirement every year till you retire.

Sufficient corpus can be gathered during the span of your 25-30 years of work. Inflation is a major aspect to be considered for retirement planning. Refer the image below just to have a glimpse of it at 6% pa.

Investments need to beat inflation YoY for capital appreciation. Gold used to be considered as hedge against inflation. But if you analyze the returns over decade then it has been fluctuating and hardly beating it.

Is FIRE right for you?

There is a lot to like about the FIRE movement even if you don’t decide to retire early. For one thing, pensions have largely disappeared in the private sector, lessening the financial incentive to stay with one employer for many years.

This has also resulted in a shift of financial responsibility from employer to employee; in many ways, FIRE is just taking an already existing trend to the next level.

And even if you choose not to retire early, FI just makes sense from a financial security perspective. Thus, everyone should consider pursuing financial independence regardless of your long-term goals. You never know what could happen due to an economic slowdown or a change in strategy at your employer. FI, and thus FIRE, lead to the sort of financial security we should all aspire to have.