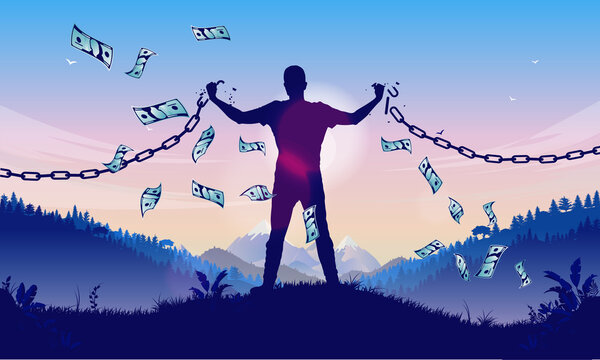 How Self Control helps you become rich and attain Financial Independence

Here is a story that we wanted to share with you about Amit who turned around his life and become successful just by exerting a little bit more of his will power and self control:

Amit was a hardworking man who had always dreamed of financial independence. He had always been diligent and disciplined in his work, and he knew that if he could just keep his head down and stay focused, he would eventually reach his goal.

However, Amit struggled with one major issue: self control. He had always had a bit of a weakness for temptation, and it seemed like everywhere he turned, there was something else he wanted to buy or do. Whether it was a new gadget, a fancy meal, or a night out with friends, Amit found it hard to resist the allure of instant gratification.

One day, Amit decided enough was enough. He knew that if he wanted to achieve financial independence, he needed to get his spending habits under control. So, he sat down and made a budget for himself, setting strict limits on how much he could spend each month.

It wasn’t easy at first. Amit had to say no to a lot of things he wanted, and it was hard to resist the siren call of temptation. But as he kept at it, he started to see the benefits. His bank account began to grow, and he felt more in control of his finances.

But Amit knew that self control was about more than just spending. He also needed to be disciplined in his work, setting aside time each day to focus on his goals and priorities. This meant saying no to social invitations that might distract him from his work, and cutting out activities that weren’t aligned with his long-term goals.

It was tough, but Amit was determined. He knew that financial independence was worth the sacrifice, and he was willing to do whatever it took to get there.

As the months went by, Amit’s discipline paid off. He was able to save more money than ever before, and his income began to steadily increase. He was finally on track to achieve his dream of financial independence.

But Amit didn’t stop there. He knew that self control was a lifelong journey, and he continued to work on his discipline and focus. He learned to say no to distractions, and to prioritize his time and energy on the things that mattered most.

And in the end, it all paid off. Amit reached financial independence, and he was able to enjoy the freedom and security that came with it. He knew that it had all been worth it, and he was grateful for the self control that had helped him get there.

Looking back on his journey, Amit knew that he had learned a valuable lesson. Self control was a powerful tool, one that could help anyone achieve their goals and dreams. And he was determined to use it to live a happy, fulfilling life.