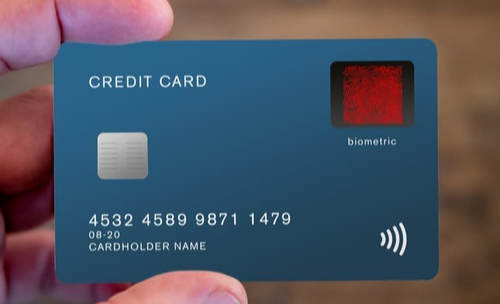 More small businesses and even some larger ones are charging shoppers a fee for credit-card purchases or offering them discounts when they pay with debit cards, cash or checks. The moves are meant to offset the various fees businesses pay on credit-card transactions, costs that have grown alongside generous cash-back and travel rewards.

Data on cash discounting is hard to come by, and less than 5% of 8 million card-accepting small businesses in the U.S. charge fees for credit-card payments, according to estimates from payments consultancy the Strawhecker Group. But that share has risen steadily in recent years. Five years ago, an estimated 2% or less of businesses charged fees on credit-card purchases.

The coronavirus accelerated the shift, sending businesses in search of revenue to make up for sales lost in the pandemic’s early months. CardX LLC said more than 6,400 merchants most of them online businessesuse its surcharge-calculating software, up from 4,030 a year ago and 2,380 in 2019.

There are various reasons for this anomaly: The Indian rates are distorted because of the 12.24% service tax on the interest charged on a credit card mercifully , this is not charged on the interest payable on any other kind of loan. Indian banks tend to charge the same rate for all credit card consumers irrespective of their credit profiles.

However, this situation will correct itself to some extent in the future, as rate differentiation depending on payment history is now beginning to make its presence felt. The biggest reason for the higher rates is the relative price inelasticity of borrowing through a credit card. Simply put, the kind of consumers who use a credit card to borrow, care more about the convenience.

An interesting fact is that if you spend Rs 50,000 on a credit card and only pay off the minimum 5% due every month, then at 34% annual interest, it will take you about 11 years to completely pay off the amount! And the total interest payable over those 11 years would be Rs 57,000.

So what are the lessons for a regular consumer? A credit card is a useful instrument as a means of payment.

But it should be used as a borrowing tool very sparingly and for as short a time as possible. In fact, if you are unable to repay the total amount due on your credit card, it’s better to take a personal loan (which is much cheaper) to pay off the dues.

What does that Credit Card really cost you?

To own a credit card, you need to pay an initial cost. Banks usually charge a joining fee followed by an annual fee, though some card issuing companies may offer cards free of cost. The joining fee usually starts from Rs200 and can go up to Rs25,000. The annual fee ranges between Rs299 and Rs8,000. As a promotional offer sometimes the card issuing company waives off all charges for a year. Watch out for charges beginning in year two.

Cost of late payment and paying the minimum due: If you don’t pay your credit card bills on time, you will have to pay interest on your bill amount. Generally, interest rates on credit cards are in the range of 22-48% per annum. So, if your outstanding is Rs10,000 on a credit card and the monthly interest rate is 3.25% (39% annually), and you miss the payment deadline, you pay one tenth of the amount you borrowed in various fees. A late payment fee of Rs500 (this varies bank to bank) and a service tax of 15% of the interest, which in this case is Rs534.25, you end up paying Rs1,114 in all as a penalty. If you do not pay in the second month, the costs just keep escalating. Late payment charges can go up to Rs750 per bill and varies depending on the amount and card issuing company. If you lose your card, the bank will reissue a card if the earlier one was lost, stolen or damaged, usually for around Rs100.

You also have to pay attention on how you make your bill payments. If you pay by cash at a bank branch or at the ATM, you will have to pay a cash processing fee of around Rs100. If you use an outstation cheque, you have to pay a processing charge of Rs25-100 depending on the cheque value and the card issuing company. The best way to pay the bills is paying online through net-banking or mobile banking as no charges are imposed.

When you swipe a credit card on a point of sale terminal, the merchant is supposed to pay a charge to three stakeholders—the bank that has installed the terminal, the card network such as Visa and MasterCard and the card issuing company. Some merchants pass on this cost to the consumer in the form of a surcharge or an additional cost ranging from 0.75%-2.5%. These costs are not supposed to be levied from the consumer; it is the merchants who have to pay the cost.