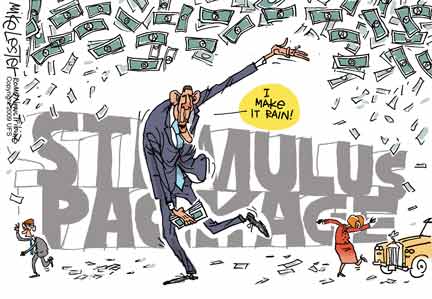 The RBI announcement came days ahead of the scheduled MPC meeting to be held on 31-3 April’20. The decision to cut policy rate was unanimous. However in terms of quantum of rate cut, 4 members voted for a 75 bps cuts while 2 member sought a 50 bps cut.

2.The reverse repo rate to be 40 bps lower than repo rate from the earlier 25 bps.

4.Accommodative monetary policy stance to continue along with inflation target of 4% (+/-2%).

6. The liquidity on account of TLTRO to be deployed by banks in investment grade corporate bonds, commercial papers, and non-convertible debenture over their investments in these as on 27 Mar’20. 50% of investments have to be in primary market issuances and balance in secondary markets.

8.Reduce the requirement of minimum daily CRR balance maintenance from 90% to 80% for a period of 3 months w.e.f from reporting fortnight of March 28, 2020 till.

10.3 months moratorium in respect on all term loans of commercial banks, all India financial institutions and NBFCs outstanding as on 1 March 2020 . These include retail loans.

11.Deferment of interest on working capital facilities for a period of 3 months for all facilities outstanding as on 20 March, 2020.

12.Deferment in working capital facilities will not result in asset classification downgrade.

13.Easing of working capital financing – lending institutions can reduce margins and/or reassess the working capital cycle for the borrowers . This will not result in asset classification downgrade.

The RBI focus has been to ensure adequate liquidity in the system. Liquidity to the tune of Rs. 3.74 lakh crores is to be made available in the system on account of the measures announced with regard to Targeted Long Term Repo Operations (TLTRO), CRR cut, increased MSF accommodation.

A sum of Rs 3.74 lkh cr is now available in the system which combined with the earlier operations would be 3.2% of GDP.

The RBI has retained its target for consumer price index (CPI) inflation at 4 per cent within a band of +/- 2 per cent. The RBI expects overall demand to weaken on account of the pandemic. Additionally, the sharp decline in international crude oil prices could provide further relief depending on the pass through to retail prices.

The RBI has clearly stated that they would not like to make any projections right now since there are several changes taking place and no one is sure when it will end. The impact on GDP will depend on the how long the virus lasts and how deeply does it penetrate the system. But there will definitely be scaling down of growth in Q4 which will be lower than 4.7% which was projected earlier by CSO.

Although there was expectation of monetary policy actions from the RBI, the measures announced today have surpassed marked expectation. These measures would greatly help improve sentiments and confidence in the financial system. Moreover, the maintenance of the accommodative policy stance and assurance that the RBI would continue to monitor the evolving situation and stands ready to take conventional and unconventional measures has given rise to expectations that the RBI may reduce rates further and pump liquidity into the system to stimulate economic activity when the situation returns to normal in next 2-3 months.

Although the policy rate have been reduced to decadal lows, it needs to be seen if the transmission of the same by the banks materializes and whether they would be willing to extend loans to businesses and segments that have been hit by the economic disruptions caused by the virus. Presently despite measures taken to infuse liquidity banks have been reluctant to lend while demand too has been muted. However in the wake of the virus attack several companies will be seeking fresh credit to keep up with operations once normalcy returns and these new measures should help.

The fresh liquidity injection into the banking system when there exists ample liquidity at the overall level would help address the liquidity asymmetry to an extent. The condition that the liquidity created on account of TLTRO has to deployed in corporate debt securities is aimed at reducing the yields of these instruments which in recent days have been pressured on account of large sell off along with low trading activity. This should help sectors like NBFCs which traditionally borrow from the market through bonds and CPs.

Transmission of liquidity and rates should also improve with the reverse repo now being unattractive, LTRO geared to the market rather than commercial lending, and relief being provided on the side of debt servicing for three months. The deferment of interest on working capital facilities and the moratorium announced on term loans would ease debt servicing pressures for these facilities and assuage fears of increase in banks stressed assets to an extent.