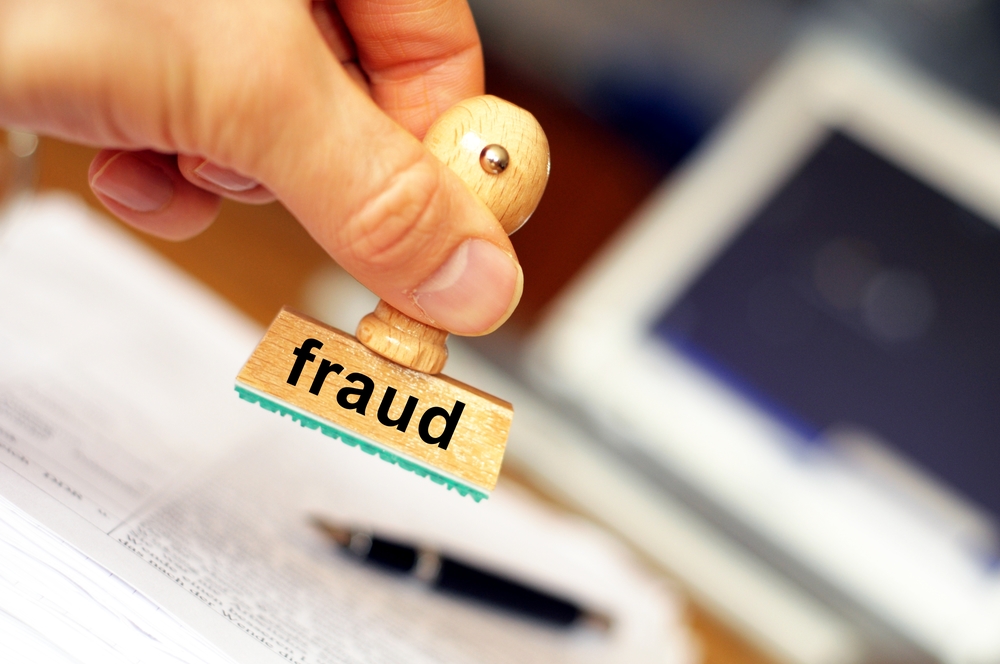 A retired BSNL employee lost his lifetime savings in a single day, after fraudsters posing as online bankers got him to share documents and one-time passwords (OTPs) to loot his account. Police found the fraudsters had debited Rs 10 lakh in a shocking 102 online transactions.

Investigations are on into how the conmen managed to conduct so many transactions and why the bank did not red-flag such unusual activity. Yallappa Narayan Jadav, 57, received a phone call on June 9 from a man who claimed to be

a State Bank of India  (SBI) representative conducting KYC updation. When the caller sought documents, Jadav flatly refused, saying he would go to the branch nearest to his residence in Maruti Galli and hand over the documents. The fraudster harangued him, saying KYC services are not available at bank branches due to Covid and that the process is online now.

Jadav relented and on on the caller’s insistence, sent copies of his Aadhaar card and bank passbook to a WhatsApp account mentioned by him. Jadav soon received an online link and the caller asked him to click on it. “I genuinely believed the call was from a bank and did everything as instructed,” Jadav said. “After clicking the link, I received an OTP and the caller asked me to share it with him.”

Soon after, the caller told him that the updation could not go through due to technical glitches in the system and that the process would have to be done again. This was repeated a few more times and Jadav became suspicious. Hanging up, he went to a nearby ATM and to his shock, discovered that Rs 10 lakh had been withdrawn from his account. “It was all the savings I had after working for 25 years,” said Jadav, who retired as a group D worker.

A case was registered at Belagavi Cyber, Economics and Narcotics (CEN) police station. The fraudsters had carried out a whopping 102 online transactions to withdraw and transfer the money to another account. Police have questioned SBI staff on why such an unusually high number of transactions in a short time was not flagged by them and why the customer was not intimated.

The Anti-Bank Fraud Wing of the Central Crime Branch on 6Feb2020 arrested six persons who were running a call centre in Pazhavanthangal (Chennai) and cheated several persons who sought loans online.

Police said the main suspect, Selva Prabu, 28, was running the call centre, I Grow, on the first floor of a building which also houses a nationalised bank. He and his associates engaged 40 telecallers, most of them women. The telecallers would call people and ask if they need quick loans. On ascertaining their need, the telecallers would offer quick online loans at cheaper rates and would pass the call to another person in the centre. After collecting all details, either by WhatsApp or mail, they would ask the victims to deposit ₹50,000 as processing charge to avail a ₹5 lakh loan or as per the individual’s demand.

After getting the OTP from the victim under the pretext of getting the loan payment, they transferred the money through a series of processes, to bank accounts created by fraudsters in fictitious names. In case the victim expressed inability to maintain minimum balance of ₹50,000, the gang would raise the loan from the bank with the details collected from the victim and swindle the money from the victim’s account, sources said.

Police said the suspects are Selva Prabu, his associates Sivakumar, Vinodh and three women – Muthamizh Selvi, Lavanya and Anandhi, who worked as tele-callers.

The gang is suspected to have cheated more 1,000 persons.

AMBALA: Ambala police on Friday booked two accused who allegedly committed fraud and took a personal loan of Rs 20,000 in the name of a woman, a resident of Ambala. Kiran Bala of Subhash Nagar lodged a complaint against accused Sanjeev and his accomplice.

Kiran stated to the police, “I received a call from Sanjeev a few months ago. He told her that he was calling from Chandigarh and could help me in providing a personal loan. I got lured and shared my Aadhar, PAN, and HDFC bank details with him. After 15 days, an unknown person came to my residence who told me that he had come from the bank for opening my loan account. I signed the documents as instructed by him and Sanjeev assured that I will be approved a loan soon.”

“In August 2019, I received a call from India Bulls company, who told me that the installments of my loan were due, and I should pay the same. I went to the India Bulls office in Ambala Cantonment from where I came to know about the fraud. The accused used my documents to obtain a loan from India Bulls and they also opened a fake account in my name at Kotak Mahindra Bank,” she alleged. A case has been registered against Sanjeev and an unknown accused.

COIMBATORE: The city crime branch on Thursday arrested a four-member gang, including a woman that borrowed about Rs 2crore from more than five banks by pledging forged land documents.

Parthiban, manager of Bank of Baroda’s Saravanampatti branch, had lodged a complaint against S Nisha, M Senthilkumar, 38, of Narayana Nagar at Ganapathy and A Praveen, 28, of Sivananda Colony. “They had submitted an application for housing loan and had attached the identity cards of a private firm, Aadhaar cards, voter identity cards, PAN cards, revenue certificates and IT returns, bank account details and sale deeds of the land documents. The manager came to know that all the documents were forged. S Meena, 26, of Ganapathy was impersonating Nisha,” a police officer said.

Based on the bank manager’s complaint, CCB police registered a case and arrested the three people and also S Prabhakaran, 27, of Rathinapuri, who helped them to forge the documents. Preliminary inquiry revealed that the four-member gang had forged many documents and pledged them in more than five banks to get housing loans. They had pocketed more than Rs 2crore.

The police seized forged documents, two cars, gold ornaments, fake seals and mobile phones from them. They were produced before a judicial magistrate court and were remanded in judicial custody on Friday.

Police also seized two cars, including a BMW, Rs 10,000 in cash, forged documents and seals, a 28-gram gold chain, a six-gram gold ring and mobile phones from them.

This gang impersonated techies who died in accidents and cheated banks into giving them loans worth Rs 53 lakh, all in the name of the dead. The gang’s vile run however was finally busted by the Cyberabad Cybercrime police who on Saturday nabbed the six-member gang.

Police said they had forged the documents of dead techies using the loopholes in the banking and the telecommunication service system and committed the fraud.

The arrested persons were N Phani Chowdary, M Swaroop Nath Chowdary, P Srinivasa Rao, K Harish, N Venu Gopal and Veera Shekar Rao. The fraud came to light after a senior manager of HDFC bank in Hyderabad realised that the credit card of a techie, who died recently, was misused to swindle Rs 2.7 lakh. Based on a complaint, a case was booked by the Cybercrime police and investigated.

According to the police, Phani Chowdary, the mastermind of the scam, along with Swaroop Nath Chowdary plotted to fraudulently avail loans in the names of techies working in Hitec City and who had passed away in accidents.

“They decided to do it by impersonating the dead in banks and in mobile stores by using fabricated identity proofs and other documents. They shared the idea with other members and they too agreed,” said VC Sajjanar, Police Commissioner, Cyberabad.

Phani and Swaroop procured the details of techies including their mobile numbers and workplace, which were easily available online on Google, Facebook and other social networking websites.

“They collected mobile numbers and procured duplicate SIM cards in the names of the dead persons by submitting fake documents. Their associates further collected customer IDs and bank account details by visiting the banks in person,” Sajjanar said.

Using the customer ID and mobile number, they logged into net banking and clicked on the ‘forgot password’ option and got the password changed. They then accessed net banking through the changed password and raised requests for instant pre-approved loans and credit cards.

“After availing loans, they transferred the loan and balance amount from the accounts of the dead persons into theirs,” the Commissioner said.

Investigators said in cases when they fail to crack the mail ID of the dead person, they would request banks to change the registered mail ID and then use the changed mail ID to login to their net banking. They also requested for new debit cards for existing accounts.

The Kurar police busted a gang that allegedly duped people posing as banks officers from different multinational banks offering loans. The police have arrested four accused while one is still at large. The accused have been identified as Gurmitha Singh Balwant Singh Gujaral (33), Biren Kaushik Purohit (44), Paresh Shantilal Hingu (29) and Jiger Dhirajlal Kareliya (35). The arrest was made based on a complaint filed by Rakesh Kumar Chobey on August 28, a resident of Malad alleging that Rs 1 lakh was withdrawn from his bank account by using his cheques.

The complainant revealed that Viren and Paresh approached him on August 21 as bank officers from HDFC bank and offered him an educational loan which he was seeking for his daughter’s higher education. Once the deal was finalised, they took four cancelled cheques and other relevant documents from him. In a few hours after the accused left his house, he received four money withdrawal messages from his bank. He immediately approached the police station and informed the bank about the incident. Under the guidance of DPC D Swammi and supervision of senior inspector Babasaheb Salunkhe, the detection officer API GS Gharge and his team tracked and arrested four accused.

According to the DCP D Swammi, the gang used a unique pen called “Frixion pen” as its ink could be erased easily. In this case, the accused took the four cancelled signed by Chobey erased the ‘cancelled’ word from the cheque and then withdrew the amount. With the help of CCTV footage from the bank, the police tracked Viren and later with his help, nabbed other accused too. Further investigation revealed that Gurmitha was the mastermind of the racket. He was working in an insurance company where one of the gang member, Jigar and his’s brother were also working. He and the other accused were jobless hence they came up with this plan to dupe people.

The collected loan seekers data from various sources and duped over dozens of people across the city. All the accused have criminal cases against them registered in Malad, Mumbra, Manpada, Kasturba Marg, Juhu, MRA and Azad Maidan Police station. “We have recovered Rs 60 thousand cash, Frixion clicker pen, cancelled cheques and other documents. The accused have been booked and arrested under section 420, and 34 of IPC. They were produced before the court and remanded police custody till September 13.” informed DCP D Swammi.