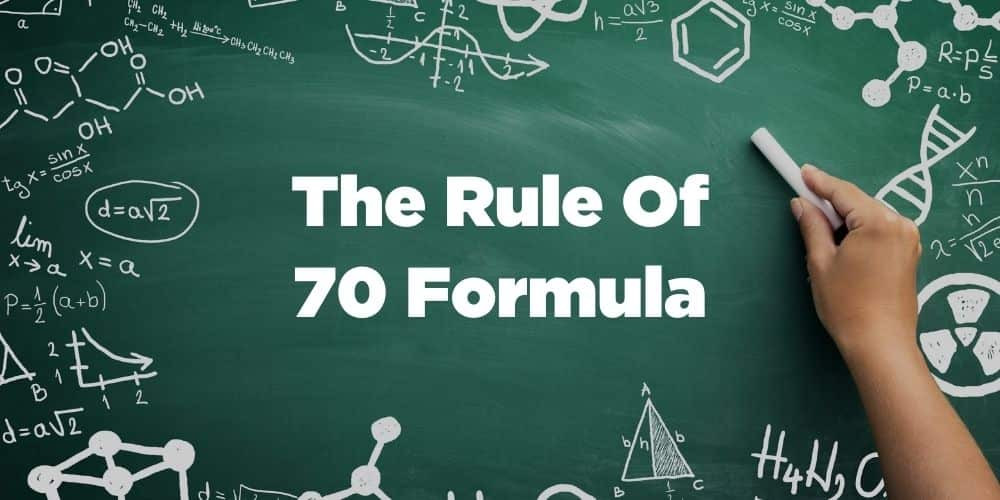 The rule of 70, also known as doubling time, is a formula that offers investors the ability to estimate the time frame in which a variable will double based on its annual growth rate, or rate of return. The rule provides investors with a rough estimate of exponential growth over a certain amount of time and works best when the annual rate of growth remains unchanged. To determine the amount of time that it will take for an investment to double using the rule of 70, divide the annual rate of return by 70.

What are the Limitations of the Rule of 70?

There are some limitations to the rule of 70, the most significant being that the formula only provides a rough idea on doubling time.

Additionally, the rule is most effective if the current growth rate is consistently the same. If growth rates or annual interest rates change in any way, it will not generate an accurate estimate.

How the Rule of 70 Works

Again, calculating the rule of 70 is pretty straightforward. All you do is divide 70 by the estimated annual rate of return to find out how many years it’ll take for an investment to double in size. For the calculation to work properly, you’ll need to have at least an estimate of the investment’s annual growth or return rate.

Pros and Cons of the Rule of 70

While the rule of 70 has some impressive benefits, it also has some downsides:

The doubling time rule can be applied to most investments. It’s frequently used when comparing mutual funds or growth rates for investment portfolios. Because it looks at long-term value, it’s often applied to retirement portfolios. Investors want to know that their investment will yield high enough returns within a specific timeframe. By looking at the doubling rate, they can decide whether to diversify their portfolio to increase its growth rate.

The reason why the rule of 70 is popular in finance is because it offers a simple way to manage complicated exponential growth. It breaks down growth formulas into a simple equation using the number 70 alongside the rate of return. This concept is also used to measure the doubling time of a country’s gross domestic product (GDP), which is helpful in comparing growth between different economies.

What is the rule of 70? It requires a specific formula. You divide 70 by the annual rate of return to get the number of years it would take to see the investment double in size.

How to Calculate this Rule of 70

The result shows you the time, in years, it will take for your investment to double. For example, if your mutual fund is growing at an annual rate of 5%, you would divide 70 by 5 to see that it would take approximately 14 years for it to double.

Rule of 70 and Compound Interest

One important factor that should be considered when determining an investment’s future growth is compound interest. This is interest calculated over time on an initial or principal amount. Rather than staying static, the interest also includes accumulated interest from previous periods. The higher the number of periods, the higher the value of compound interest. This will impact the time it takes to double your money, so should be looked at alongside the rule of 70.