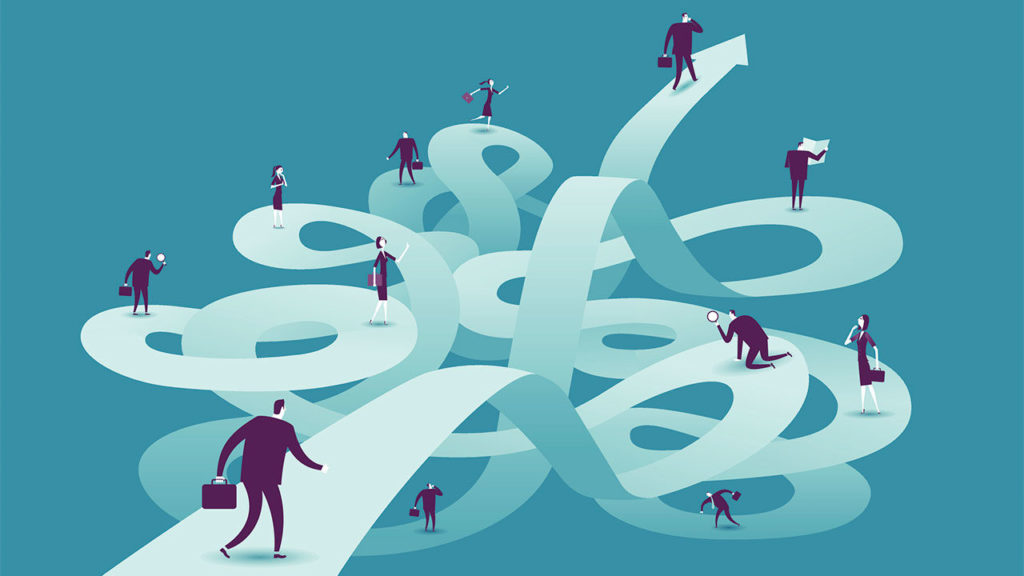 Today, IT is a globally thriving industry boasting of 2.8 million employees and exports amounting to nearly $70 billion. A NASSCOM-McKinsey report highlighted that the global position of India’s IT industry depends on five key factors, namely: an abundance of talent, urban infrastructure, operational success, conducive business environment, and continued growth of the domestic sector.

You can expect your salary to shoot up to new highs after becoming a subject matter expert or after acquiring multiple degrees in data science. Typically data scientists earn up to 7 lakhs/annum at the entry level and the number can go as high as 21-25 lakh/annum when you become a senior.

The future of Artificial Intelligence seems to be looking at a serious growth pattern in the job market. Corporate giants such as Microsoft, IBM, Amazon, Accenture, and several others are innovatively implementing AI on a massive scale. Today, AI is being employed across various industry verticals.

AI requires a strong foundation and knowledge in software and hardware. Machine Learning and Deep Learning are both branches in this domain. Almost 16,500 positions related to AI were open in India as of July 2020 as per Analytics India Magazine.

With the rise of AI and Machine Learning technologies, Python as a language in on-demand for its flexibility, ease of learning, and has a large developer community and brevity – making it easier to write great code. According to studies, it has been observed that Python codes can cut development time by up to half. This is one prominent reason companies are turning to Python in more significant numbers every day. Additionally, Python supports many styles of programming, including object-oriented, functional, and procedural. Such a wide array of libraries exists to help machine learning as well as data analysis and visualization – all vital features in an IT industry increasingly impacted by data science.

In recent times, more and more startups and new apps are looking for Python rather than PHP. A recent study by the European tech talent landscape says that engineering positions were ranked as the most difficult to fill, and 43 percent of survey respondents said that it was because of the lack of any specialist or technical skills. Python developers emphasize code readability and increase productivity while used for desktop apps, web apps, and data mining. For example, in October 2016, Microsoft launched the beta version 2.0 of its Cognitive Toolkit open-source deep-learning framework, that includes support for Python.

Digital literacy among businesses has driven the requirement for Web Development. Interactive websites allow businesses to operate effectively at a global level. This is the reason why Web Development is one of the sought-after requirements in all businesses. Web Development jobs are often available and are among the well-paid career options in India. Web Developers can choose to work from home or take up freelance projects and have a convenient set up anywhere.

Since 2015, the job postings remain up for employers according to Indeed, as in recent time’s everything follows cloud services. According to Forbes, the worldwide expenditure on cloud computing services has risen at a 19.4% compound annual growth rate (CAGR) from nearly $70B in 2015 to more than $141B in 2019. Such a booming industry would require a higher layer of security with it. Cloud security is one such shared responsibility between the cloud providers and the users who can leverage the cloud security tools offered by Microsoft and AWS, and it has only increased in 2019 as more and more IT companies are now cloud service providers as well providing a vast range of career opportunities in 2019 and in the coming years.

Oracle reports confirm that there are more than 9 million Java developers across the world, as Java continues to dominate the enterprise and because of the growing cloud technologies. Java, just like Python, is easy to learn as well as is quick to write, compile, debug, and learn when compared to other programming languages.

Be it FinTech, Big Data, Banking, Stock Markets, Retail, Android industries, Java is present everywhere and is relatively secured language as there are no explicit pointers used, and all the programs are run inside the sandbox to protect them from any untrustworthy sources. Java develops a virus-free system and converts all the codes into byte codes which are not easily readable by humans. Apart from the same, Java is known for its portability, which can efficiently execute on several operating systems without any further installations.

India is the second-largest cloud service market that is growing rapidly in the Asia-Pacific region after China. Evidently, the country is predicted to boom and expand in this sector. The technology has just been adopted in India, but it is heading straight to gaining avenues in the market through effective industry solutions. This has made it worthwhile for thriving businesses in the country.

There is a surge in demand for Cloud Computing professionals, which actually makes it one of the most suitable career options in India, and now is the perfect time to pursue this domain.

As is clear from the title, their work revolves around big data applications. They manage the entire life cycle of large-scale deployments, utilizing their technical expertise in the following areas:

As per Indeed, full stack developer is one of the most in-demand job postings category by employers of recent times. Full Stack Developers cater to the entire project right from designing the concepts to deploying the product appropriately – rather than having separate backend and frontend teams assigned on it.

The front end layer primarily focuses on the client’s experience at first and then the following user response, while the backend focuses on the logic of the web app. From writing the right backend languages to ensuring a relevant thesis to it all, this is the server side of the application. And finally, database development and maintenance.

In recent times when the industry leaders are prone to and witnessing all kinds of data breach issues and threats, other organizations put a keen interest in getting their products and services resistant and foolproof to such potential dangers.

Internet of Things security has become essential in every field as we are now surrounded by grids of connected devices all around us, thus making the system more vulnerable to exploitation. Companies are always on the lookout for resourceful software engineers who can ensure them of a stronger and active layer of security without compromising on the quality.

DevOps engineers can work as a part of the development team or the operations team. They need to be adept in tools like Git, Jenkins, Linux, and Unix. Additionally, they should have familiarity with coding, scripting (Shell, Python, Ruby, etc.) DevOps engineers are also responsible for maintaining the infrastructure and integrating them with cloud services to facilitate automation. Here are some of their main responsibilities:

A Site Reliability Engineer or SRE focuses on hybrid tasks related to software engineering and system administration. The vacancies mention AWS, Docker, Kubernetes, and Jenkins, among the essential skills. This type of work requires various transferable skills from and to many engineering roles for example, full-stack engineer or cloud engineer.

As the technology keeps pervading our everyday lives, the demand for SRE positions in tech is expected to increase even further. Simply put, these engineers are vital for the upkeep and proper functioning of all the development and operational processes.