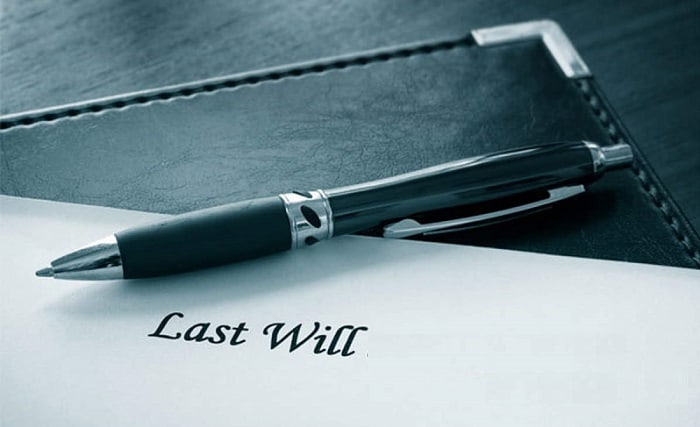 What is a Will and why do you need one?

A Will or Testament is a legal document that names the individual/individuals who can receive the possessions and properties of an individual after his/her death. The person who writes the will is legally known as the testator, and the wishes of the testator, as mentioned in the document, come into effect only after the testator’s death.

A will is recognized as a legally valid document as per the Indian Succession Act of 1925. Any individual over the age of 18 years who is mentally competent has the legal right to prepare this document for the distribution of assets and possessions. Under current inheritance laws, only legal heirs are liable to receive the possessions and property of the deceased if there is no legal will document. So, one of the key reasons you need to make a will is that it ensures that your property and other possessions can be distributed to individuals of your choice beyond immediate family members after your death.

How to Make a Will

You can get a will prepared through a lawyer or online. Currently, several banks in India have tie-ups with legal firms that specialize in preparing and executing these documents.

Hiring a lawyer to help with the preparation of a testament is often preferable as it would ensure that the document is legally valid and your heirs respect your wishes after your death. Moreover, lawyers who help in the process often act as executors, too, and this can ensure the smooth distribution of your possessions after your death. However, online will preparation tools and websites are a convenient alternative as you do not have to physically visit a lawyer’s offices.

It is, however, a good idea to get a legal opinion regarding your will even if you have prepared it online. This can help ensure that there are no omissions or errors in the document so that it is legally valid in a court of law if there is a dispute at a later date.

Types of Wills in India

Will is a type of legal document used to transfer the property of a person after death as per his/her wishes. The importance of Will cannot be stressed enough as lakhs of civil cases are pending before various Courts for resolving inheritance disputes. Further, all Wills are revocable at any time during the life of the person and is a confidential document. Hence, it is important for everyone to know about the benefits of having a Will and create a Will.

The two or more witnesses should attest to the will. The witnesses must have seen the testator sign or affix his mark to the Will or has seen some other people sign the Will, in the presence and by the direction of the testator.

Privileged wills are Wills that may be in writing or made by word of mouth by those in active services like a soldier, airman or mariner. The legal requirement for the validity of a privileged Will has been reduced to enable certain persons to quickly make a Will.

In a Mutual Will, the testators confer upon each other reciprocal benefits. A husband and wife will execute a mutual will to pass on all benefits to the other person during their lifetime.

The testator will create a duplicate will for the sake of safety or safekeeping with a bank or executor or trustee. However, if the testator destroys the Will in his/her custody, then the other Will is also considered revoked.

Sham Wills are executed but held invalid if the testator does not intend to execute as per his/her wishes. As per the Indian Succession Act, a Will made by fraud or coercion or by taking away the free agency of the testator is considered invalid.

The testator writes this holograph wills entirely in its own handwriting.

Tips on writing a Will

Follow these points to ensure that your will is free of loopholes:

State your name, father’s name and residential address in full. The date is crucial, especially if the latest will supersedes those made earlier. Mention the date in figures to rule out any fudging.

It helps to state upfront that you were not under any duress or influence while making the will. The witnesses must also attest this below.

The executor of the will is the lynchpin. Mention his name, your relationship with him and his address to avoid misrepresentation.

4. Give Details of Assets

Mention the full address of the immovable property being willed. Give full details of bank accounts, deposits, lockers and insurance policies.

This small clause helps include any other asset you may have left out inadvertently while enumerating your net wealth.

Mention the names of beneficiaries along with their addresses. No need to mention stock holdings individually if you bequeath your demat account.

7. Give Details of Mutual Funds, Collectibles

While bequeathing mutual fund investments, state the folio number though individual scheme names need not be named. Clearly define the collectibles and artifacts being willed.

5 Reasons to Review Your Will

You should consider changing your will if:

Things to keep in Mind while Making a Will

There are a few additional details that you need to keep in mind to ensure that your wishes, as mentioned in the will, are followed after your death:

Once you have prepared your will, you should consider getting your will registered with a sub-registrar even though this is not a mandatory requirement. Registration ensures the legal validity of the document, and its genuineness can be easily upheld in court if there is a dispute.

The key document you need to submit for registration is a Doctor’s Certificate stating that you are mentally competent. Additionally, you need 2 witnesses to confirm your sound mental state and verify that the document was not prepared under any sort of coercion or duress.

Safe Custody of Will

It is always advisable that you keep multiple copies of your will in safe custody. Typically, the executor of the testament, such as your lawyer, as well as you should have separate sealed copies under lock and key. Additionally, if you have registered the document, a sealed copy of your testament is kept by the Registrar’s office. Having multiple copies increases the possibility that at least one of the copies of the documents survives, and your wishes are respected after your death.

Beneficiary cannot be the Witness of a Will

You can legally make changes to the testament multiple times or even revoke and replace an existing will with a new one any number of times before your death. Small changes such as additions to the existing document can be made using a document known as a codicil. Since a codicil has the same legal validity as the original testament, it has to be prepared and registered using the same procedure.

Revocation of a will refers to the complete cancellation of the existing document by the testator, and the submission of a replacement usually follows this. In the case of alterations/revocation, the final version of the testament prepared and/or registered before your death is considered your final will and testament. All previous versions of the document are considered null and void.