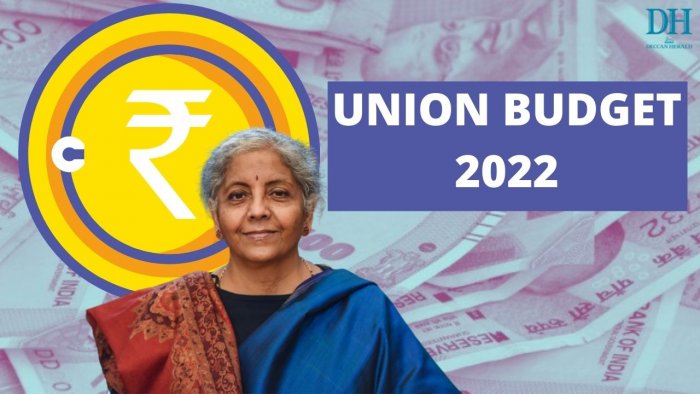 What is the Digital Rupee announced by Finance Minister in Budget?

India will have its own digital currency soon which will use the blockchain technology, Finance Minister Nirmala Sitharaman announced in Parliament on Tuesday, while presenting the Union Budget 2022. She clarified that the currency issued by the Reserve Bank of India will be the only recognised digital currency.

India will now join a handful of nations to launch its own blockchain currency. According to the Reserve Bank of India, a central bank digital currency (CBDC) is the legal tender issued by a central bank in a digital form. It is the same as a fiat currency and is exchangeable one-to-one with the fiat currency. Only its form is different.

Who will launch the CBDC?

The Reserve Bank of India will launch the CBDC from the upcoming financial year. This follows the government’s plans to launch the CBDC that will be backed by blockchain technology.

What is a CBDC?

CBDC is a legal tender issued by a central bank in a digital form. It is similar to a fiat currency issued in paper and is interchangeable with any other fiat currency.

What is the need for CBDC?

While interest in CBDCs is near universal now, very few countries have reached even the pilot stage of launching their CBDCs. A 2021 BIS survey of central banks found that 86% were actively researching the potential for CBDCs, 60% were experimenting with the technology and 14% were deploying pilot projects. Why this sudden interest? The adoption of CBDC has been justified for the following reasons:-

How does Digital Rupee work?

A CBDC is the digital form of fiat currency and will ease transactions. An RBI report had earlier described CBDC as something that will provide a safe, robust, and convenient alternative to physical cash. Depending on various design choices, it can also assume the complex form of a financial instrument, the RBI report said.

What does the Budget announcement mean?

The announcement in the Budget essentially expresses the government’s intention on cryptocurrencies and other virtual currencies. The RBI has on several occasions flagged concerns of money laundering, terror financing, tax evasion, etc with private cryptocurrencies like Bitcoin, Ether, etc and had planned to announce its own CBDC.

What does this change for citizens?

What is Blockchain Technology?

Blockchain technology is a digital ledger of transactions that is stored in a decentralised manner. Also known as Distributed Ledger Technology (DLT), blockchain is the underlying mechanism that many cryptocurrencies, including Bitcoin, operate on, reports Business Standard.

How does Blockchain Technology work?

Blockchain works on decentralised distribution of information. Each ‘block’ in the digital ledger contains information about transactions made. New blocks containing more information are added into the chain and bound to the previously entered data. This chain of information blocks or ‘blockchain’ is stored across several computer systems and servers.

The database is managed by the various systems (nodes) that store the block data, ensuring that the information is kept in a decentralised manner. This also ensures that the data can be viewed by anyone in the network, making the data easily available.

The advantage of India’s own Digital Currency

Introduction of CBDC has the potential to provide significant benefits, such as reduced dependency on cash, higher seigniorage due to lower transaction costs, reduced settlement risk. Introduction of CBDC would possibly lead to a more robust, efficient, trusted, regulated and legal tender-based payments option. There are associated risks, no doubt, but they need to be carefully evaluated against the potential benefits. It would be RBI’s endeavour, as we move forward in the direction of India’s CBDC, to take the necessary steps which would reiterate the leadership position of India in payment systems. T Rabi Sankar, Deputy Governor, Reserve Bank of India had said in July 2021.

This has huge implications for finance overall and underscores India’s pre-eminence in digitised finance. Not even the United States has launched their CBC yet. Immediately, the CBC means leveraging the benefits of blockchain, lower opex, and faster settlements. We need to await full details to understand all implications.

How is data secured on blockchain?

Each block has a unique cryptographic signature or ‘hash’ to secure the data. This makes it difficult to hack a blockchain without the cryptographic code. To hack the whole blockchain, someone would need the hash for every block, making it virtually impossible to alter or cheat the system. This makes it possible to update and safely store data across various systems.

This additional layer of security makes blockchain a secure medium for storing transaction data related to cryptocurrencies, Non-Fungible Tokens (NFTs) and so on.

Why is the Announcement on Digital Rupee significant?

The announcement comes in the middle of a debate regarding the future of cryptocurrencies in the country. Last year, the RBI had announced concerns about the spread of private cryptocurrencies and stated that they could cause financial instability.

The government’s move towards digital currency is also seen as a way to promote digital payments and push forward its Digital India agenda, reports The Indian Express.

The RBI is expected to use blockchain technology to introduce the digital rupee as a CBDC, according to reports. This will make the currency a digital fiat currency and make it subject to regulations by the central bank. It will enable users to conduct domestic and international transactions which do not need a bank or a third party.