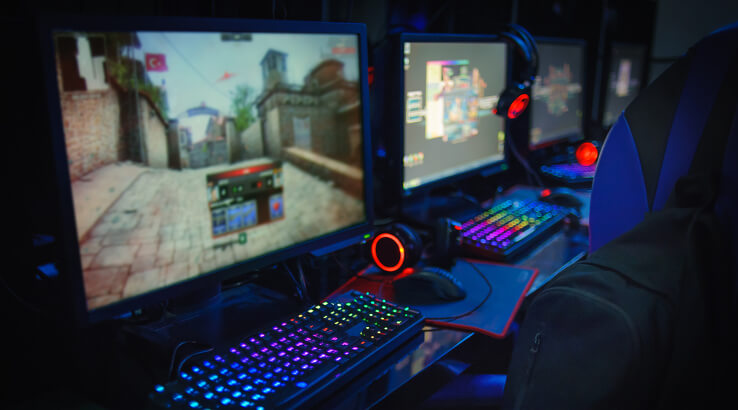 Why the Cost of Playing Online Games May Rise

There is a significant issue with gaming in India that has existed for so long that many people have just come to accept it as truth: it is an expensive pastime.

Online poker and fantasy sports are about to become more expensive as a group of state finance ministers formed to investigate the amount of GST and the method of taxation on racetracks, casinos, and online gaming has unanimously proposed a flat goods and services tax (GST) of 28% on these activities. According to reports, the group suggested that casinos be subject to a 28 percent tax rate, but that the taxes only apply to the amount paid when purchasing betting equipment at the entrance rather than to each individual wager.

Gaming in India is much too Expensive

Of course, this is a problem that doesn’t only affect game consoles. The customs charge imposed by the Indian government, which is applied to practically every goods from phones to TVs, is one of the causes of the high price. While the majority of categories offer reasonable options—there are some fantastic phones at Rs. 10,000 and 4K TVs are available for around Rs. 40,000—gaming is an exception. There is no competition because Sony and Microsoft own a duopoly.

Additionally, Black Friday-style hardware deals that dropped the PS4 and Xbox One down to around $200, or roughly Rs. 13,000, in November do not occur in India. That is only a few thousand rupees cheaper than the price of both consoles in India, even at their best retail prices. In essence, you could have a PS4 for the cost of two. That is absurd.

Choosing whether or not to enable online access is a significant decision that most families must make when purchasing a video gaming console. When attempting to decide whether or not online access is something desired, there are several considerations to take into account. Online connectivity is practically required for several of the more recent video games in order to enjoy all of its features.

The game consoles themselves will make it as simple as possible to buy more content. It is crucial to be vigilant about who is permitted to purchase material since occasionally kids might unintentionally buy extra stuff with only a few unfortunate button pushes.

Since the government imposes charges, Sony and Microsoft are limited in what they can do in terms of hardware, but it might be worthwhile to try out regional pricing, like they did during the PS3-Xbox 360 era. Furthermore, it’s not as if it’s impossible. From Disney to Warner Bros., movie studios have facilitated disc purchases in India. Star Wars: The Last Jedi and Black Panther, two of the most popular films in recent months, are available on Blu-ray for Rs. 899 and Rs. 799, respectively. This is less than half the $25 (Rs. 1,625) suggested retail price in the US.

Is Online Gaming Even Legal?

However, the legal framework, as well as how it is interpreted and used by courts in particular situations, are all vulnerable to change.

Currently, the legal framework for internet gambling is a complex web of multiple state regulations, federal statutes, and court rulings that have the force of law. Some of these rules extend back to the days before online gaming. Having a single group assess and suggest a contemporary, consistent regulatory system that aims to stay up with industry advancements is a great approach. One of the most important components would be to clearly and precisely distinguish between games of skill and games of chance. The same rules that apply to picking a fantasy cricket team and winning money based on how well the players perform in real matches do not apply to online horse racing betting.

At what times is Indirect Tax levied?

International expertise in the field of skill gaming indicates that the indirect tax is typically levied on the gross gaming income, also known as the rake fee, which is the money received by the gambling operators. If the platform provides games of chance that fall under the category of betting or gambling, the tax is charged to the admission fee or the wager.

It will be interesting to watch how the valuation mechanics for skill-based games are mandated given that the GoM has recommended setting the GST rate for online gaming industry at 28 percent. International standards dictate that the value of online gambling should be the gross gaming income or the rake charge (platform fee), not the entry fee or stake.

Why Online Gaming is set to get Costly

The panel of ministers, which met last week, also decided that the tax will be levied on the entire “face value” or “bet amount” and not on the total transaction value. Total transaction value includes the prize money, or the net commissions (revenues) that accrue to gaming firms. These recommendations will be sent to the Goods & Services Tax (GST) council for approval.

The online gaming sector, which runs games like e-sports, rummy, poker, chess, and fantasy sports, has been pushing for a GST ceiling of less than 18%. They had supported the proposal with the argument that shifting to the higher tax band would bring down the $2.2 billion sector, which has 400 players and employs around 45,000 people.